Earth Defense Force: World Brothers - We Are the World 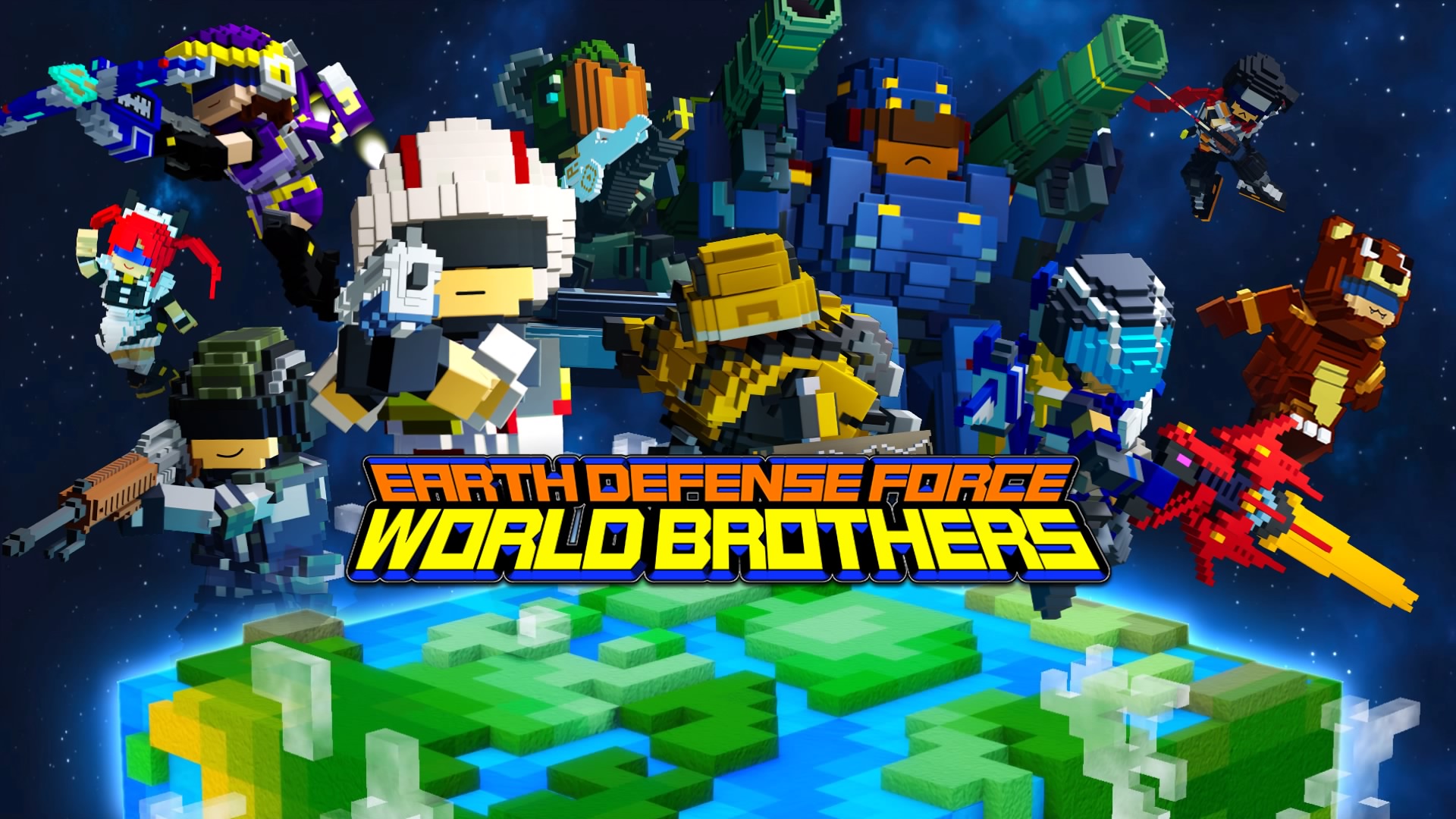 Regardless of its 5 main games and several spin-offs, Earth Defense Force is still considered a niche series, especially in the West. While we wait for Earth Defense Force 6, now in the making, what better than to play an even more absurd take on the EDF formula? We played Earth Defense Force: World Brothers, and here are our thoughts on this voxelated fight against the aliens!

Are Voxel Games Still on Fashion? 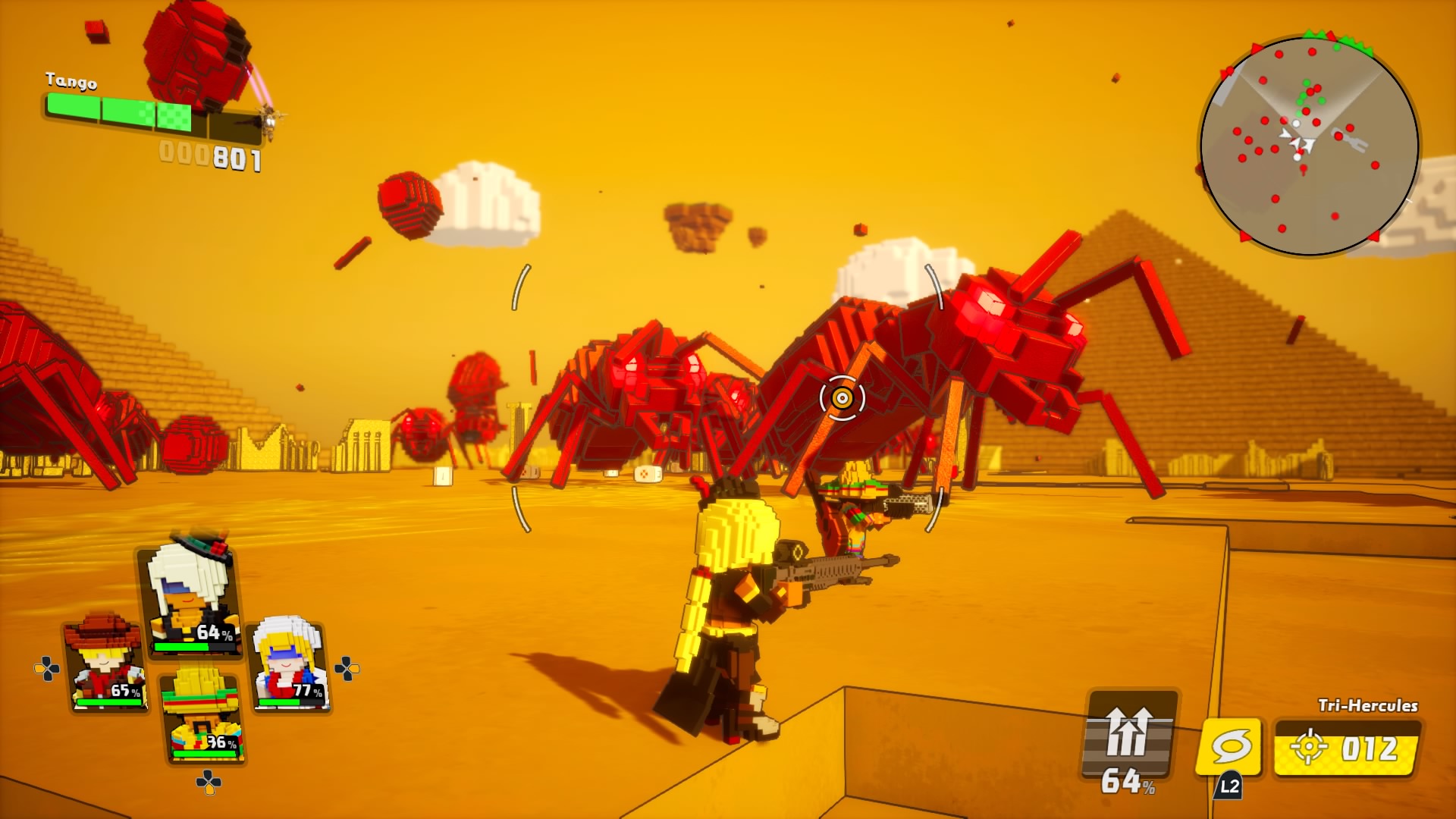 Just like Ark did around 2 years ago, Earth Defense Force just released a spin-off adventure that's basically the same game we've been playing so far, but now with colorful, voxelated graphics. To be honest, Earth Defense Force doesn't sound like a saga that would benefit from voxels, yet we were surprised to see it actually works—that's why we mentioned PixArk in the first place; maybe it's time to stop underestimating voxels?! It's not a trend, just another resource for devs! 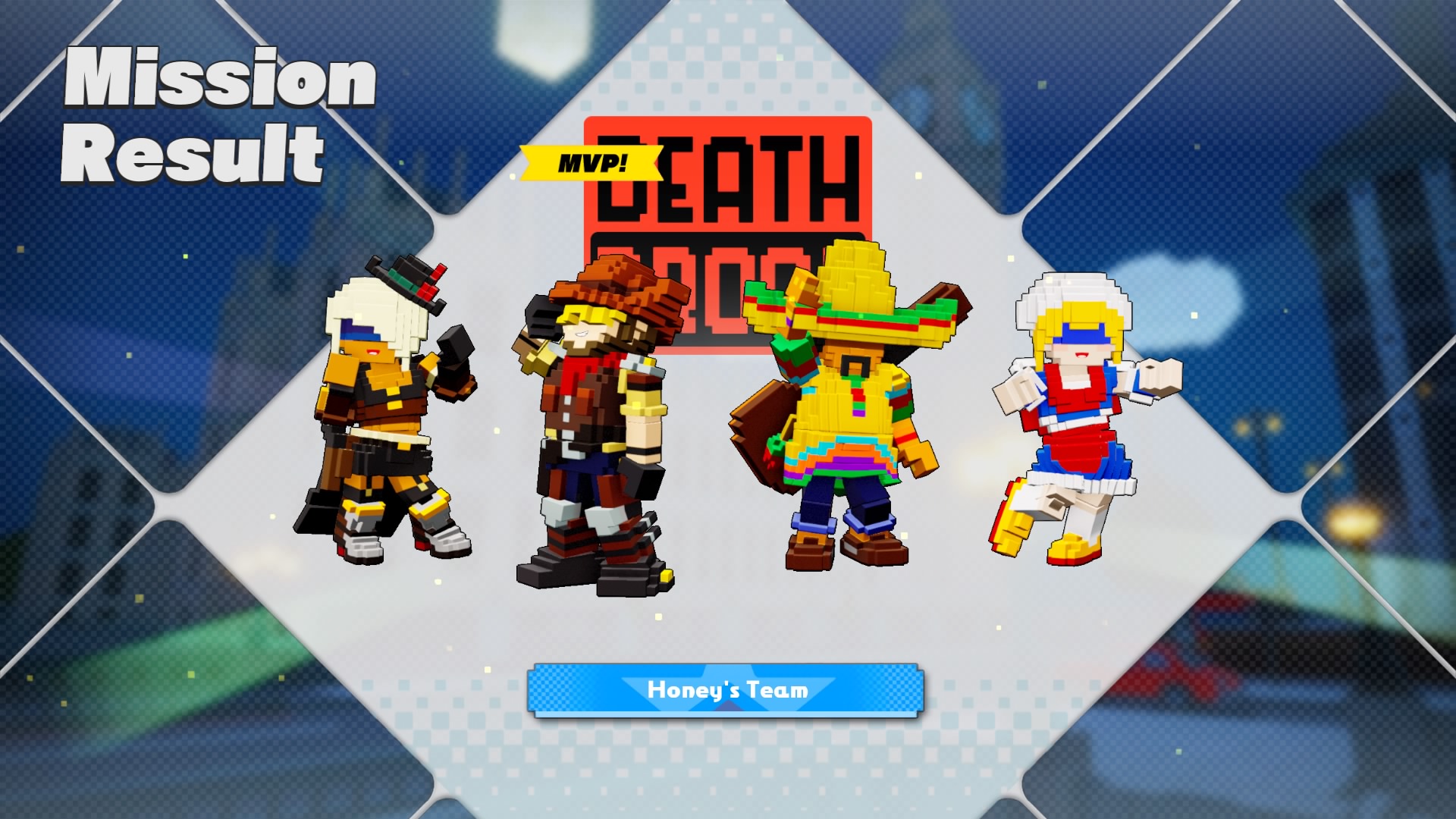 In EDF: World Brothers, the story is the same we experienced before, with hostile giant aliens (and a new enemy known as Dark Tyrant) invading the planet. Although you start with regular EDF officers, your main objective will be to reinforce the ranks of the organization by helping Brothers and Sisters from all around the world. These characters, each representing a part of the world, are nothing but a stereotypical take on different cultures. Prepare to join a Spartan knight from Grece, a Safari worker from Kenya, an Inca warrior from Peru, a yodeler from Austria, and many more! Aside from the Brothers and Sisters, World Brothers also features several EDF classes from previous titles (you can expand the roster with DLC), making it the perfect Earth Defense Force game for all hardcore fans. All characters come with their own skills and weapons, but Brothers and Sisters also have different versions of themselves. For instance, Safari Sister α's uniform is yellow, while Safari Sister β's is green and Safari Sister γ's is white. Variants of the same character share the same skills but have slightly modified stats, so that's something to consider. Finding duplicates will also unlock new skill levels, allowing that character to use other types of weapons. Not all Brothers and Sisters are equally useful, but they all have something to them, especially if you take the time to explore synergies. In our team, for example, our Argentinian leader gave us more mobility to explore the map and run around, plus decent support damage. Then, we could switch to our Dutch friend for area DPS or let Joe the cowboy join the party for massive single-target damage. When in need of even more power, our Mexican guy was nice enough to boost the team's attack and defense stats thanks to his special skill... oh, and he can also throw grenades!

Evidently, Silly Games Can Be Sillier, and It's Great

The premise of Earth Defense Force games is too Japanese, with kaiju invading Earth and all, but watching these giant beasts explode feels rewarding. World Brothers never cares about reinventing the wheel; it just follows the same rules from previous games... only with voxels and several cube-based jokes. Maybe it looks like a colorful children's game, but it's as engaging and challenging as the rest of EDF titles, with a silly story but over 40 missions and dozens of emblems, weapons, and characters to keep you busy. Good luck unlocking Hardest and Inferno difficulty levels and beating them!

Earth Defense Force: World Brothers, available on PC, Nintendo Switch and PlayStation 4 and 5, is a fantastic game you can enjoy alone or with friends, either online or using split-screen mode. If you're a fan of the series, it might take you some time to get used to the new art style, but you'll feel at home after a few minutes. If this is your first EDF game, enjoy it as much as you can, and then move on to the main games, maybe!