When you hear people talking about the tech of the future, one buzzy term that always comes up is augmented reality. This technology promises to merge audio, video, images and other data from the digital world with the physical world we interact with. And the way that we most frequently do this is with the best AR headsets.

Whether they’re supplying audio content, visual content or both, the best AR headsets offer a glimpse at a future where we can get directions without having to pull out our phones, or play games that adapt to our unique environments.

For now, the best AR headsets are largely focused on professional applications, such as the medical and manufacturing fields, but we’re also seeing simpler smart glasses from the likes of Bose and Razer that can use audio to deliver information to us on the fly.

With that in mind, here’s our list of the best AR headsets you can buy right now.

The Microsoft Hololens was one of the first proper AR headsets to pop up, and now in its second generation, this completely wireless device is still the best one you can buy. Not simply limited to displaying text in front of your eyes or piping audio into your ears, the Hololens 2 can seamlessly integrate full-motion 3D graphics into the world around you. What’s more, Hololens 2’s hand-tracking sensors let you interact with rendered objects in real time. There are also eye trackers can tell where you’re looking and help make interacting with specific objects more accurate. So for example, if you’re a designer, you can resize or move and object around a room to see how it fits within your vision. While people are only scratching the surface of what it can do, the Hololens 2 is currently geared towards more industrial scenarios.

Google may have given up on its Glass headset for the most part, but the Vuzix Blade is something of a virtual successor and is one of the best AR headsets you can buy right now. While the Hololens is built to create new realities before your eyes, the Blade is more pragmatic, functioning more like a smartwatch in front of your face. What that means is that the Blade, which looks like a pair of safety goggles, can display notifications such as text messages, take pictures with the integrated camera, and even play AR-based games. It also comes with Alexa integration so that you can use your voice to interact with Blade OS and minimize the amount of swiping and tapping you need to do on the touch-sensitive side panel.

The Epson Moverio BT-40S is an AR headset which uses the company’s proprietary Si-OLED displays that can project a see-through display in front of you that looks like a 1080p, 120-inch display that you’re viewing from 16 feet away. Capable of connecting to devices via USB-C, this headset also comes with its own “intelligent controller” which is basically a mini-Android computer that can run specific apps for this headset and comes preloaded with Google services such as Gmail. It also runs on an Android-based, developer-friendly platform. This means that if you have coding skills, you can create your own experiences. And since headset packs gyroscopes, accelerometers, microphones, speakers, GPS and light sensors, you can turn this AR headset into a motion tracking, voice-activated super tool that could help guide you home even if you were lost in the middle of nowhere.

Aimed more at kids and the education space, the Merge VR/AR headset is a durable, lightweight headset that uses a phone to power its experience. While it is primarily a VR device, you can pair it with the Merge Cube to turn it into an AR educational tool. With hundreds of interactive activities included with the Merge, kids can hold the 3-inch cube in their hand and be guided through science experiments, or place the cube out in the world, and watch a 3D object pop up right before their eyes. Even better, savvy educators can even create their own teaching aids to use with the merge cube. Plus, given how affordable this set is and the amount of content that comes with it, the Merge VR/AR is really a great value. 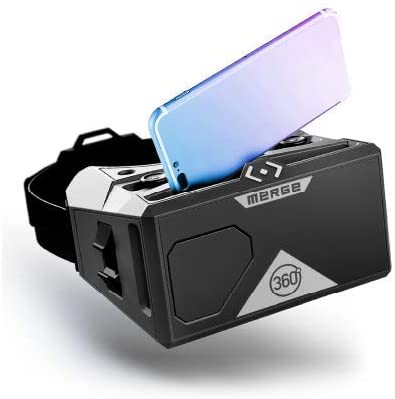 Bose Audio frames are different from the best AR headsets we’ve discussed in so far as they don’t actually have a visual component. But that doesn’t mean that these aren’t augmented reality. That’s because audio interfaces that dynamically deliver information are also a form of augmented reality. And there are few better options than the Bose Frames. sunglasses connect to your phone via Bluetooth, transmit audio via open air speakers and let you interact with apps via an integrated mic. And while these don’t ship with any sort of AR-specific features or software, all you need is to find an audio-focused AR app, such as Foursquare’s Marsbot, and you’re good to go. 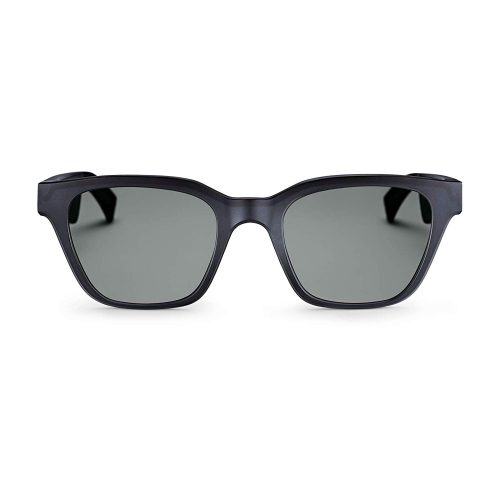 The Razer Anzu basically does the same thing as the Bose Smart Frames, but at a lower price. We had the chance to review the Razer Anzu recently and came away pretty impressed. While there are a few aspects of these that need to be improved upon, such as comfort, the Anzu are a solid first effort that can serve as a Bluetooth pipeline to any audio-based AR app you use. 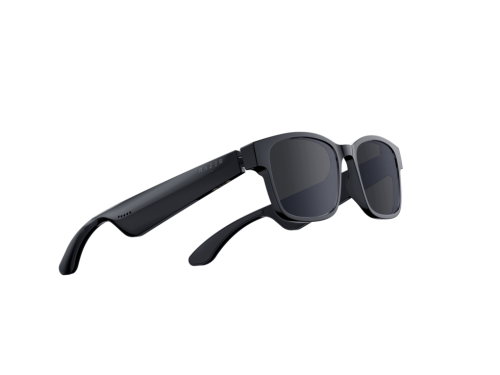 The Amazon Echo Frames are yet another pair of smart glasses, but what sets these ones apart is that they work with Alexa, which can deliver notifications at your request. You activate the glasses by pressing the button on the top of the right arm and double tapping the button will deactivate the microphone. From there you can get updates on the latest transit times, weather forecasts, news and more. Like the other best AR headsets, it’s still early days for this idea, so we can only imagine that over time, Alexa will become more dynamic and helpful when you’re out in the world.

The Best Smart Glasses You Can Buy in 2021